“Today I’ll notice the uniqueness in the people around me. What makes each of us special?”

I found this quote in a book recently, and it kind of struck a chord in me…
What interesting people have you met in your life?

Since I’ve moved to Vermont, I’ve met a lot of people, and I think I’ve just kind of taken them at face value (I know I’ve realized some of them are a bit unique), but it didn’t strike me how amazing each one was until I was telling my friends back home about everyone…one of my friends said “Brittney, you’re so lucky. You meet the most amazing people.”

And it’s true. I’ve totally met, and had the pleasure of talking to, those people that other people always wonder about. I haven’t met the cliché of an old man placing flowers on a grave every morning, but I know the old couple that sits out on their porch…I know the woman that wanders through the trees and talks to them. And they’re all incredible people with incredible stories. Have you ever talked to this person? Over the next few days I’m going to be posting pictures and stories of some of these incredible people (and maybe even some places!), enjoy!!!

First, is Lu. She’s one of my co-workers up here in The Great NEK. When I first met her I found her a bit intimidating, because of the way she concentrates, believe it or not. She’s that person that frowns and stares intently at whatever she’s doing, and it makes you think “Oh God, did I do something to make her mad?” But she’s rarely ever in a bad mood. Lu is an ex-lawyer turned concierge specialist…yeah. She’s originally from Wisconsin, and than she moved to Minnesota for law school. She was actually pretty popular when she was at her first firm, and she made a good amount of money (I guess the old “lawyers are rich” was true in her case), BUT, she wasn’t happy. So after “X” amount of years in suits, meetings, cities and tall rise offices, she moved to Vermont. She works with me at the lodge now, and she loves it. We don’t make a lot, but she and I are both trying to live with the thought that, “as long as you’re happy, it doesn’t matter how much money you make” (we’ll see how long that lasts before my school loans make my pocket tight).

Tell me about YOUR interesting people!

Recently, the town I now live in held a Moose Festival, and they opened up the museum they keep above the library. Not many people know about this museum because they only open it about two or three times a year, so I grabbed the chance and got a TON of pictures.

Below are some of my favorites from logging. Most of the crews and people you see are from Van Dyke’s group. 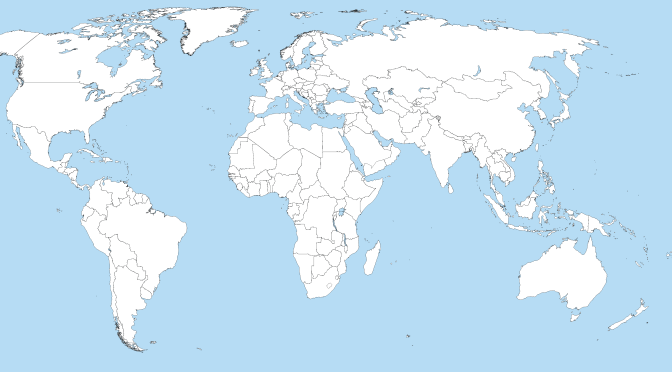 I’m not really sure I would have much worth saying that the entire world would be interested in, but I’ll give it a go.

“I’m not going to spend this time saying how we’re all the same, and so everyone in the world should get a long. It’s a lie. The people on this globe could not be more different. Not a single adult or child, from the Eastern hemisphere, or Western, are the same. We’re all individuals, and we can’t all be expected to get along. It would be like putting a hungry wolf and a skinny rabbit in the same room, and yelling “Don’t hurt each other.”

However, I will say that even though we’re different, even though we can’t all be expected to get along…it sure would be a nice change of pace to see the look of shock on destiny and fate’s faces if we did huh?

But nothing in life is fair. Our job is to treat each other with as much respect as possible, and try not to decimate human kind while we’re going along. And if we can do that, and realize that ‘hey, maybe even though we’re all different, that’s okay.’ Then I think that’s pretty history changing, yeah?”

Like, I said, nothing astronomic, and probably a whole lot of rambling. But I think if everyone in the world realized that we’re all different, and nothing’s going to change that, and that that is okay….maybe everyone would be okay.

Let’s talk about your opinion. Because everyone’s matters, whether you agree with them or not.

Question 1: My name is Brittney, and I am 24 years old. I just graduated from college last year, so I’m still trying to find my place in the world, and I hope that by writing and reaching out/learning about as many people/things as possible will help me achieve this. I’m kind of quiet when I first meet someone new, and I don’t really like confrontation, I’m a bit of a people pleaser. That’s kinda my flaw. 🙂

Question 2: I’ve already mentioned my age (24), but I’m from upstate New York, in a small town where every knows everyone, and there’s only about a dozen people in our neighborhood (most, if not all are seniors.) I went to a huge school (seven elementary schools, three middle schools, two high schools), and I hated it. 🙂 Even though my house is pretty much in the middle of nowhere, we’re really close driving wise to pretty much anything. I’ve lived in the same house essentially my whole life (went to a community college), but my dream is to travel. As I mentioned above, I want to learn anything and everything about everyone and everything.

Questions 3: The first time I ever had a differing opinion then someone significantly older then me was with my uncle. My mom always raised us kids to think what we want, believe in what we think, and never back down on your views. My uncle is very conservative (at the time I had no idea what this meant), and old fashioned. Our conversation at the time (I was probably in middle school) was about politics, and laws in reference to LGBT and abortion. I remember him saying “Shawn (my mom), you’re raising a liberal here, better be careful.” At the time I had no idea what he meant (except that he made it sound like a bad thing), but now I’m proud of that statement. Yep. Liberal. 🙂

Question 4: My parents definitely raised me to be respectful of my elders. Yes ma’am, and yes sir seemed pretty routine, as did Mr. and Mrs. However, even now I feel like we were also taught to respect our mother more then anyone else. Which is funny, because I here my dad say all the time “Damn kids, with no respect”, because apparently we don’t respect him enough. However, my mom is just one of those people where if you don’t respect her, if you’re not nice to her, you feel like you just kicked a puppy. She’s that awesome. 🙂

Question 5: I wish I was more traveled. 🙂 I’ve been to a handful of states here in the US, and I’ve been to Canada (unfortunately that’s it for my international travel-I know, I have a lot of catching up to do). I’ve never really said it out loud, but as much as I want to go overseas to see other countries, it makes me a bit nervous. I’ve heard stories from people I personally know who have gone to Europe, and people kinda hate Americans…..which is sad, because I consider myself a good person. And I know it’s not all Europeans, but it still makes me nervous…just sayin’. Anyway, my education mostly comes from New York (as mentioned above), but I also went to music  academy for a few years in some mid-west states, and I did an internship in Disney. Both of these experiences gave me some education (I would like to think). But I want to learn more. Anything I can. 🙂 I thirst for information of all kinds. Unfortunately I don’t really keep up with a whole lot of international stuff (like laws and what not). Mostly because the only stuff in the news is war, and I’d rather learn about the good in people, ya know?

Question 6: The Olympics should not be held in Russia. Don’t hate. I’m not saying that they have to adopt our healthy respect for the LGBT community, to each their own, but I don’t think that we should be supporting this view either. Which I feel like we’re doing by letting them host this (essentially) international peace conference. I’m not trying to push my opinion on anyone, really I’m not. I hate it when others do it, and I hate how America is always the first to act whenever something we don’t like is happening in another country. HOWEVER, the fact that we’re letting a country who outright says “it’s illegal for people to be themselves.”, is bullshit.

Question 7: The right of an opinion is everything to me. It’s the core value of who anyone is as a person, and it makes every person an individual. If we were all the same, life could get pretty boring, pretty fast. This being said, I think it’s awesome to state an opinion, and stand behind it as far as you think you have to, but I firmly believe that opinions and beliefs should not be pushed on other people. Like above, Russia wants to make homosexuality illegal? Fine, Cool. Do it. But that doesn’t mean the rest of the world has to support that. You want your country to have a communist country? Cool. Go for it. But that’s not what I want. 🙂

Question 8: Everyone should have the right to an opinion….I’ve never really thought about the fact that some people might not have it, so no one should…….but don’t we kind of live with that every day? There are countries all over the world that have certain laws that others don’t, it doesn’t make it right, and I’m not sure if I agree with it, but that’s life.

Question 9: I’m not sure if my template personally can help the world. (I’m pretty sure I only have a dozen or so followers-and who knows if they care about my opinion) But I think that people everywhere should have the right to an opinion…so hopefully this will help people come out of their shells, and change what they think needs changing, and help what and who they think needs help.

Hopefully this bunch of rambling makes sense. And whether you disagree or agree is up to you, everyone has an opinion, right? 🙂

Five items I would have to have on a deserted island………….

1. My laptop and charger–>Then I could blog about my island everyday 🙂

3. A person-I’m not hugely picky, but I need some kind of social interaction

5. Pizza-Instead of going with the normal “Food”, I figured I would pick one of my favorites. 🙂

Walk the road with me as I explore life and everything it has to offer.

Art and photography by Cari Aiken

What's (in) the Picture?

Read on and I will show you another world within this one....

My journey - The good, bad and the ugly

Im ashamed to die until i have won some victory for humanity.

Domenic Garisto / LIFE IS NOT A REHERSAL,SO LIVE IT..if you can't be the poet, be the poem..havau22.com

Smile! You’re at the best WordPress.com site ever

Home Is Where Our Stories Are Welcomed To Begin.

Invincibility is the best Identity...

Reviews simply put at your fingertips.

Learning to cook from the heart, for the soul.